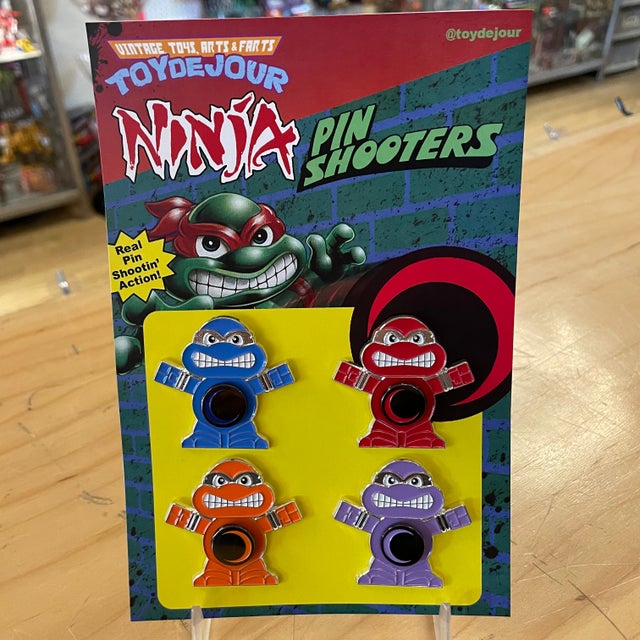 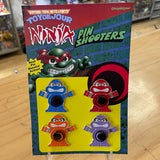 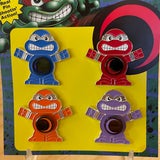 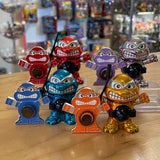 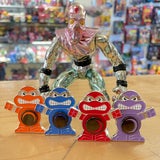 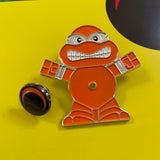 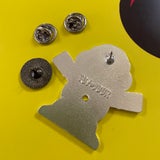 One of my favorite toy memories is walking into Grandpa Pigeons (look it up, but it's basically a K-Mart) and finding a bunch of toys that I had never seen in other, more-current shops. Found some Joes, a couple G2 Transformers, and all of the Teenage Mutant Ninja Turtle Ninja Shooters. The chromed figures mesmerized me and to this day remain some of my favorite toys, not only from TMNT, but in general.

So when we were thinking of a new pin to make, we wanted to do these guys as an homage to those rad figures. We decided to have their "marbles" as a separate pin so there's something to fidget with if you feel like it, or if you have some other smaller pin you'd like to plug into their tummies (pizza slice anyone?) you can do your thing.

These are about 1.75” tall and wide, soft enamel silver metal for the figure and black nickel on the “marble”.

We are selling these only as a set of four. These will ship out this week and are available in the shop right now if you're doing local pick up.